Research Your Site before Metal Detecting

Despite the restrictions imposed by the Government and some local councils when it comes to metal detecting, there remains an enormous variety of places that are well worth searching.

The beachcombing metal detector user is now a familiar sight, if you go down to the beach in the early morning you will find a metal detectorist systematically searching the beach before the crowds arrive to sunbath Before coming out they made a very careful note of the exact location of the ice cream stall, the most sheltered spots on the beach and were that noisy coach party sat so that they can head straight for the places where they are most likely to find coins lost from pockets, rings, and watches. One man in Cornwall found over two hundred rings in less than a year — and all were in wearable (or saleable) condition. It is quite amazing how many people forget that their fingers shrink when cold or wet and rings slip off completely unnoticed. 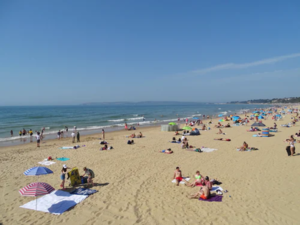 The keen detectorist will be out not only during the day but also all night long if conditions warrant it. The man who turns up at dawn after a night storm or spring tide may well find that other, hardier types have already cleaned up and gone home to breakfast. But do check the tide tables — and remember that in some places you can be cut off by the sea well before high tide. Check with the local coastguard.

Do not feel, though, that only a beach will do! Any site which has seen occupation regularly, or has been used regularly in the past, will repay careful searching. Footpaths, riverside walks, local beauty spots, and lovers’ lanes all contain their quota of finds — and do not forget the foot of slippery slopes: a person slipping may not notice coins, etc., falling from their pocket or may be too embarrassed to search for them!

Farm outbuildings can be highly profitable too and fields, where old horse-trading fairs were held, are a rich source of treasure, so too are modern fairgrounds and circus sites — although you may have noticed that many professional fairgrounds people are out with their own metal detectors before they leave. However, they are usually in a hurry, particularly if they search at night, and search very 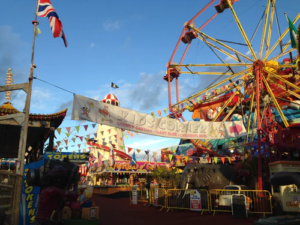 superficially, so they usually miss a lot. Take note of where most small change passes hands. Coins, even £1 coins may be lost or ignored if the loser is struggling with three ice creams, two candyflosses, and a hot dog!

‘Pick your own’ sites, whether strawberries, apples, or potatoes, could provide you with pickings of quite another sort. Hop fields can be virtual gold mines since the pickers were traditionally East Londoners on a working holiday. During the day they worked hard, and money was continually changing hands. At night they played just as hard with enormous bonfires outside the rows of living huts and plenty of ale to help the party go with a swing. When the season ended, they left behind a considerable amount of junk, but they also left coins, lighters, rings, and a great many children’s toys such as lead soldiers and boats, many of which are now collector’s items, these can all be found easily with a decent quality metal detector.

Is your favorite holiday spot surrounded by trees? Good. Trees may sound like odd things to search but they were favorite hiding places in days gone by. After all, many trees survive for hundreds of years and would have been easily recognizable when the owner wanted to retrieve his hoard. But life was often cut short unexpectedly, whether it was the highwayman getting his just deserts on the gallows, or illness, or violence, and many hoards were never reclaimed. Hidden, say, in the mighty but frequently hollow oak tree, these precious hoards may well be several feet above the ground, so search the bole of the tree as well as among the roots (being careful not to damage these, of course). I have an eye on an oak tree near my home which was part of the boundary between two parishes and alongside the route of a path from one village to another. Who knows, this could be my find of a lifetime. 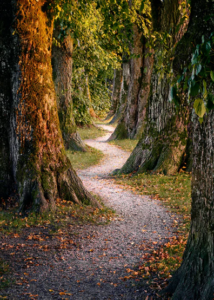 Duck ponds and horse troughs, whether on a farm or in that pretty village where you like to stop for some light refreshments, have often been the scene of some hectic horseplay among young men, with one or more of them likely to end up with a thorough soaking, especially at the end of a long balmy day. During the Middle Ages, the whole village would turn up at the pond to watch some poor unfortunate old woman ‘tried’ for witchcraft (if she drowned, she was innocent, if she floated, she was burned as a witch), or the village gossip ritually dipped in the pond on a ducking stool. With such entertainments to watch, and ‘fairings’ — pretty trinkets — to buy from the travelling tinker to give to your girlfriend, many valuable possessions were lost and quickly trampled into the ground. Many are there yet.

Your local Library is a reliable source of local history, find out what has happened over the centuries in and around your village or city. Look out for old maps of your area, maps contain lots of interesting information particularly useful to the metal detectorist. 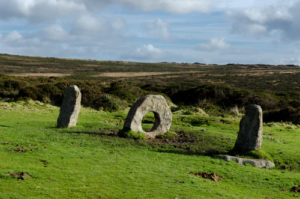